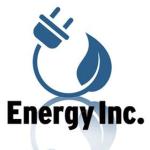 Southwestern Pennsylvania is poised to become a petrochemical and manufacturing world leader. Interest in how Marcellus & Utica Shale could transform Southwestern Pennsylvania into a chemical and manufacturing powerhouse was accelerated during the Energy Inc. Conference and Tradeshow, presented by Range Resources at the David L. Lawrence Convention Center in Pittsburgh, on Tuesday August 14th.

Speakers from the federal, state and local government, along with representatives from upstream, downstream and the energy supply chain, including Dr. Paul Ayoub, project manager for Shell’s new business development, and Charles McConnell, assistant secretary for fossil energy at the U.S. Department of Energy, spoke on the potential ethane cracker site in Beaver County, selected earlier this year as the preferred site being studied by Royal Dutch Shell. The cracker would operate using ethane produced from Shale gas drilling and produce more than a million tons of ethylene a year. This “game changing” discovery of natural gas in the Marcellus & Utica Shale is being seen as a catalyst for the rest of the chemical industry.

Among the reasons the potential petrochemical complex is being considered for development on the 300-acre brownfield site in Beaver County are road and rail transportation infrastructure, five electric plants that operate in the area and access to water resources, over and above the fact wet gas can be found underneath the area.

Patrick Sentner SIOR and David Thor LEED AP of Colliers International | Pittsburgh attended the Energy Inc. Conference and Tradeshow. “Our firm has been very active in the local and national energy sector,: said Patrick Sentner SIOR, Founding Principal at Colliers International | Pittsburgh, “and our enthusiasm in this business sector in the tri-state area was reinforced by what we learned at the conference.”

The chemical industry is already seeing a boom nationally due to shale gas drilling as the industry shifts from oil to natural gas as a raw material.The Pittsburgh Business Times reports Southwestern Pennsylvania has emerged as a contender, with a rich supply of “wet” natural gas that can be used to extract liquids such as ethane, propane and butane; a relative close proximity to the companies that would eventually use derivatives of these liquids; and incentives such as state tax credits for companies that would use ethane.

According to the Pittsburgh Post-Gazette, development in Pennsylvania’s Marcellus Shale accounted for one-fifth of the nation’s natural gas reserve increase in 2010, and the new numbers on how much gas is trapped in the formation lead the Energy Information Administration (EIA) to predict Marcellus soon will be the new leader in domestic shale plays. The jump in Marcellus production in the EIA report led the industry newsletter Powell Shale Digest to say “it is reasonable to assume” the Appalachian formation will eventually become the top natural gas producer. That title currently belongs to the Haynesville Shale of Arkansas and Louisiana, where gas production was recorded as slipping in the EIA report.

“While it’s a delicate balancing act and careful consideration must be given to a variety of stakeholders, it is becoming increasingly clear this shale play has the potential to shape our region’s future for generations to come,” said David Thor LEED AP, Associate at Colliers International | Pittsburgh.

During the Energy Inc. Conference and Tradeshow, Dr. Paul Ayoub, project manager for Shell’s new business development, mentioned many markets within the region produce ethylene products, and currently most get them from Gulf Coast refineries. Among the derivatives the potential cracker site in Beaver County would produce are polyethylene and mono-ethylene glycol. Common uses for polyethylene are pipe, coatings and film such as plastic wrap and food bags. Mono-ethylene glycol is used in plastic bottles, polyester fabric and antifreeze. Many soft drink bottles and fleece fabrics are made from MEG. Ethylene is part of 5/8 of all chemical production at Shell. Ethane is the key for the potential cracker site in Beaver County.

Charles McConnell, assistant secretary for fossil energy at the U.S. Department of Energy, spoke on manufacturing and its draw to areas with low-cost energy. McConnell anticipates a rebirth of the American chemical industry, something no one could have imagined a decade ago. Stability in the gas market is key to the chemical industry succeeding in our area. The missing link (cracker facility) is vitally needed to fully create the market and to ensure the feedstock is actually used. Anthony Cugini, Director of the National Energy Technology Laboratory added that the next step to really push chemical manufacturing forward is ensuring there are options for products that would be produced by a facility like a cracker. Companies are looking for others to move in and further process feedstocks like ethylene and the other raw materials that would be produced. He also noted the local industry will need to keep a close eye on pipelines to make sure the local gas is used here and not elsewhere, because the chemical boom is national and the region needs to be competitive. McConnell noted the chemical industry rebirth will have an $11 billion impact in Pennsylvania alone.