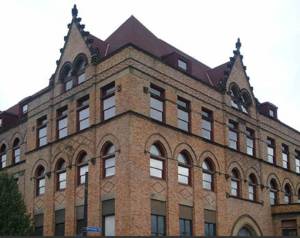 It is a very exciting time to live, work and play in the Pittsburgh region.  With redevelopment projects slated for future construction, and sustainable improvements and investments in infrastructure, Pittsburgh is gaining notable recognition as a city with think forward strategies for economic revitalization.

Developers in Pittsburgh, and across the country are building momentum in construction, by converting empty hotels, schools and multifamily properties into improved office and residential spaces.  As demand increases for tenants in technology and energy related sectors, developers nationwide are eager to fulfill their space requirements, and commercial real estate experts are  improving the overall appeal of these properties by adding tenants that offer recreational, residential and even entertainment amenities.

“Our firm has been involved in many projects where a former school or church has been successfully retrofitted into an alternative use,” said Gregg Broujos, Managing Director & Founding Principal at Colliers International | Pittsburgh.  “Most popular has been turning former schools into apartments, like the former Fifth Avenue High School project and a former elementary school in Emsworth, both of which we were involved with as listing brokers.”

Locally, there are several projects following suit to this trend, which include: